and that new pepper is….

Yes, you heard me, The Carolina Reaper has beaten itself of the previous undisputed record. Now testing an average of 1,641,000 SHU. That is 71,000 higher than the previous average.

Now 5 years after the Carolina Reaper was originally released, further isolation of specific phenotypes has allowed Ed Curry to create an even hotter version of the chili pepper.

In Ed’s press release he states that his pepper is officially the hottest “unlike recent dubious ‘world’s hottest’ claims from other peppers”.

This is a direct shot at a pepper called “Dragon’s Breath” where Tom Smith and Bob Price claimed a World’s Hottest pepper with limited scientific testing to back it up.

The world’s hottest pepper war is cutthroat and The Reaper is not taking any prisoners.

Check out our Carolina Reaper Products 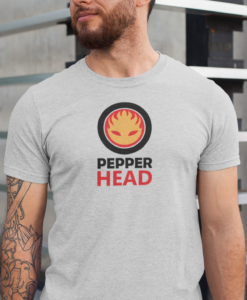 Recent Posts
Popular Products
Join Waitlist We will inform you when the product arrives in stock. Please leave your valid email address below.